I am so excited and honored to be guest posting for Gail while she is attending  her daughter’s wedding! Gail has been such an inspiration to me! I have  adopted her as my “blog mentor”! As busy as she is with her own awesome blog and projects, she always has time and patience for my questions! I love Gail’s style of repurposing! I have several of her projects on my “to-do” list to try myself!

Today, I would like to share one of my own repurpose  projects.  It was fast and easy and turned out looking as good as I had pictured it in my mind! That doesn’t always happen for me.:(  I’ve had this small roll top desk for years. 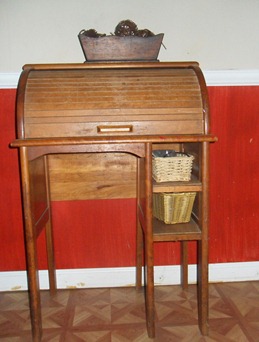 I found it at a thrift store and it kept begging to come home with me. I finally gave in even though the drawers on the side were missing. I figured I could put some luan in the space to form a shelf and pop in a basket for a “drawer”. Over the years, I have had it in the kitchen, dining room and finally the living room. It hasn’t had any real function except to collect junk and dust. I even considered retiring it, but there was just something that wouldn’t let me. Then the other day, I looked at it with a new vision and knew that it had finally found it’s purpose! Have you read any of the many posts around blogland for creating a “command center”  for your home? I have needed and wanted one for while, but I don’t have (or didn’t think I have) the typical space in my home for one. I really just needed to look at things with a fresh perspective. After staring at the desk for a few minutes, I realized that I could transform it into the base for my very own kitchen command center! Before I moved it to the living room, it was  in my kitchen, doing nothing. Now I’m moving it back to the same spot and it will have a job to do! There is a small wall between two doorways and it is perfect for a kitchen command center! There is even a magnetic chalkboard, 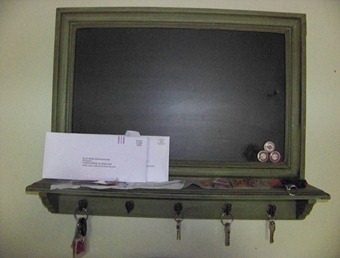 also in need of a makeover, on the wall already!

To start the transformation, I sanded the whole thing with a palm sander. I found that the cubbies inside the desk were actually removable YAY! The cubbie section 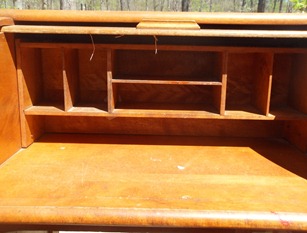 is one of the things that has kept me from using this for much. They are too small to really hold anything and they took up valuable space inside, so out it came! It made the sanding and painting much easier too! 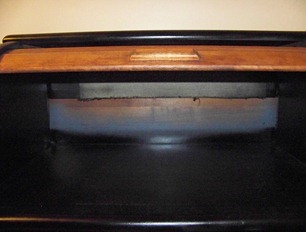 Next, I gave the whole thing, except for the roll top, a coat of gray primer (forgot to take a picture!) and I used spray paint primer! It covered well and  didn’t run. 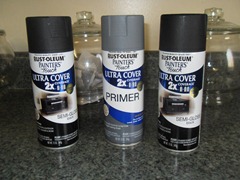 I kept the roll top covered in newspaper and painters tape and sprayed the desk with Krylon’s satin black spray paint…easy! Two coats and I was done. It dried fast! 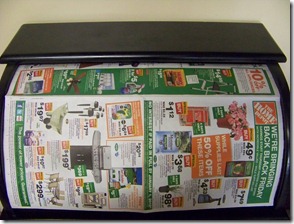 For the roll top, I  wiped on two coats Minwax stain in cherry. 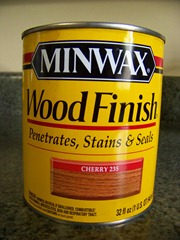 I’m trying to decide if I want to put clear satin poly over it.  The black paint and  rich wood tone together was exactly what I was hoping for! 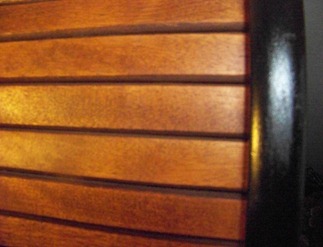 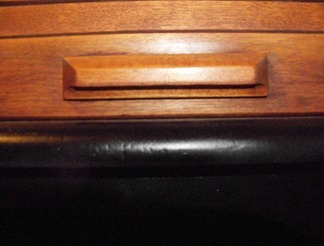 Next, I wiped the baskets down with the same cherry stain. They were pale and needed a little warming up before I put them back in the slots. 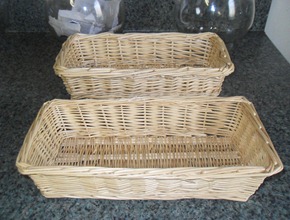 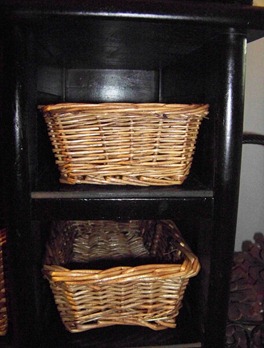 While I was waiting for them to dry, I  cut and nailed a “shelf”  from another piece of luan, where the chair would normally slide under the desk. The larger basket will fit here and be a great place for my cooking magazines! 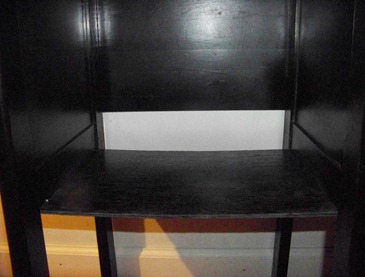 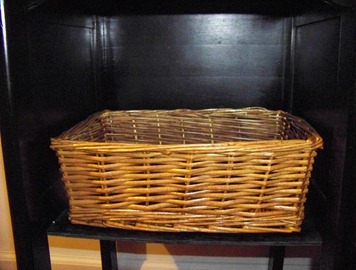 Everything came together fast and easy, just the way I like it! I now have the start of my kitchen command center and the motivation to keep going with it! 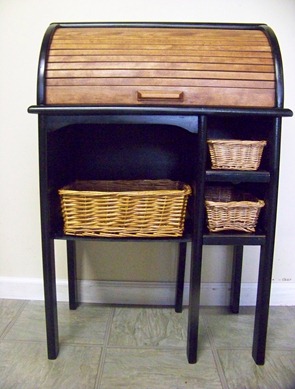 Thank you Gail for having me today! I want you to know that I did all my own sawing and nailing on this project! With hubby out of town, I had no choice. ;-) It wasn’t to bad actually, I’m looking forward doing some more!

If any of you would like to come visit me at Keen Inspirations, I’d love to have you stop by. I’ve got some thrifty, repurpose projects like my kitchen chandelier turned solar street lamp: 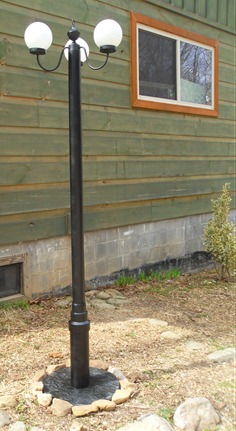 I’m very proud to say that it  won first place at the DIY Club March Contest! I made some dollar store solar basket lights too. Another fast and easy project! 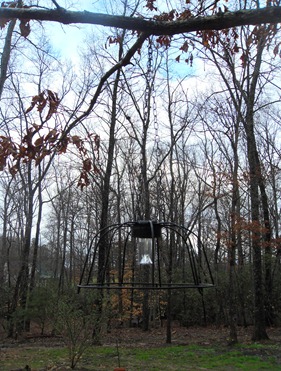 How about some printable word art? 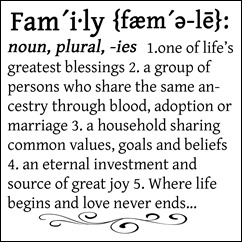 As they say in the here in the North Georgia Mountains, “Ya’ll come see me!” Hopefully I’ll have some more done on my Kitchen Command Center!Thanks again Gail, for allowing me to be your guest!

Is anyone still around? Not that I expect there to be…I’ve been gone a while with no explanation. How rude of me…I didn’t intend to be, I just thought that “tomorrow, I will surely be able to write…” In a nutshell, I have been gone more than home. With hubby on the road and two boys playing baseball on separate teams,many dental appointments and then throw in life in general and it doesn’t leave alot of time for much, sometimes not even enough for the cookin’ and cleanin’. Whatever made me think that I would have more time to blog with my hubby working out of town???

All that to say, that I have actually completed some projects and am working on some more. One of my them is over on Gail’s blog My Re-purposed Life. I had agreed to guest post for her while she is away at her daughter’s wedding. I did get that done and written up! So I haven’t been a total slacker, just mostly a slacker! :-) Go check out what I’ve been working on, it’s the beginning of a much larger project!

Keeping this short and sweet so I actually post it! I will be back tomorrow…or maybe later tonight, I know that I have some catching up to do…I think there is even a giveaway that I need to wrap up….yeah, I’m bad…