Before I started my own blog, I was an avid reader of many blogs. When someone would go more than a day or two without posting, I wondered “ Is something wrong? Have they given up blogging? has there been an emergency?” Since I have started my own blog, I have found that there are many reasons that someone might not blog for a while. So, If any of you are like me and might have wondered “Where’d she go?” Here’s a short version:
Spending time with family, working in the garden, canning and all the while I think I’ll post tonight which then becomes in in the morning. Then I’ve started having some heart rhythm and blood pressure issues which have kept me feeling kind of yucky. The medicine made it worse, so I’m starting over and may have the pleasure of wearing a heart monitor to help figure out what’s going on. Meanwhile, life goes on…
…and things still need to be done around the house…like mopping. I have cheap inexpensive press and stick vinyl tile in most of our home (aka the basement while we build)and ceramic tile in our bathroom. Due to the high volume of “traffic” in our home,(small area and lots of people) the floors always need mopping and never look like they’ve been mopped. :( I’ve tried a large string mop and bucket with a ringer, a sponge mop, several versions of the swiffer and they have all had their positives and negatives for cost and ease of use. I really like the swiffer wet jet because it’s easy and convenient but can’t afford all the pads. We were already making our own refill solution. :-) So I set out in search of a way to make my own. There are several “how-to’s” out there, but none were exactly what I was envisioning. Then I came across these at Walmart: 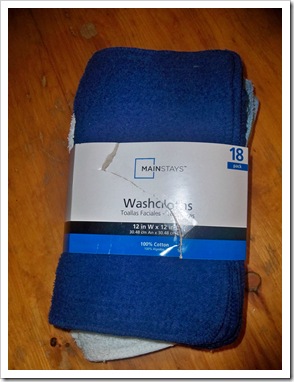 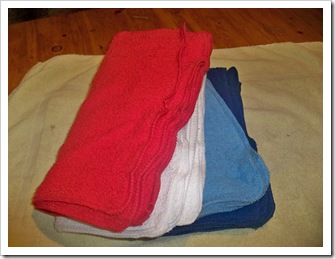 Eighteen red, white and blue washcloths on clearance for $2.00!!…and they were about the perfect size for attaching to the swiffer. I bought a couple of packs and headed home!
Homemade Swiffer Pad Version One
The washcloths are a little wider than the swiffer, so I thought I would take them in to fit and to add a little more absorbency in the middle. So I pulled them together and stitched down both pleats and the edges with a zig zag stitich. 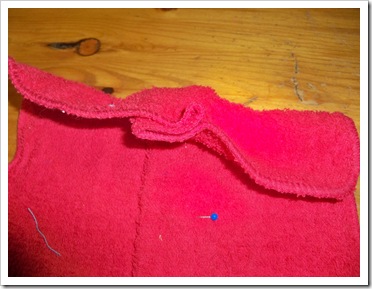 I didn’t take a picture of those stitches by themselves, but you can see them in the finished picture below. Next I cut up an old bath towel that is under the washcloths in the pic above. I rolled it over to get 3  sections of towel, the size of the swiffer mop head, before I cut. 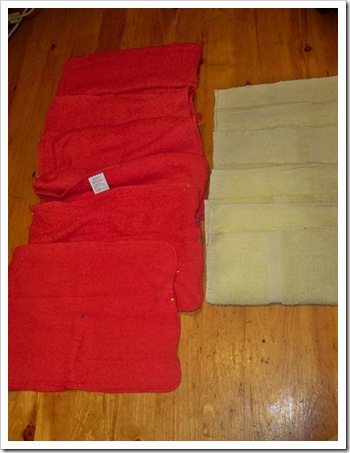 I zigzagged the pleats and then pinned the “padding” to the middle of the washcloth and zigzagged all around the edges. Top view: 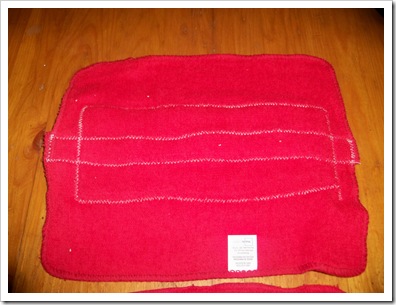 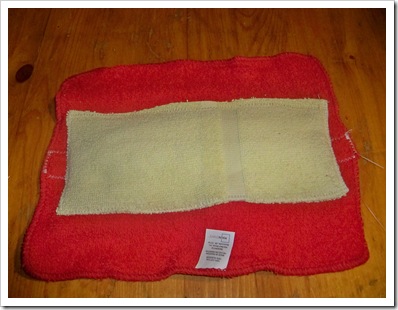 Attached to the swiffer: 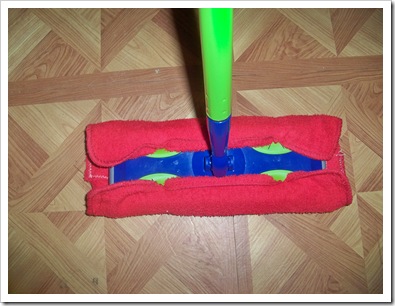 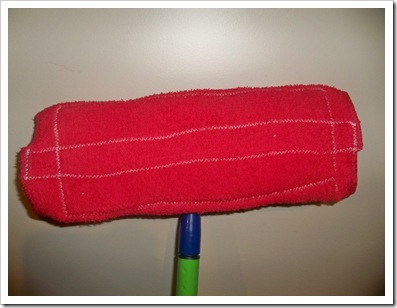 These are are on a regular swiffer, not the wet jet. Those pads were going to be hard to attach without covering up the jets where the water comes out and I was getting tired of replacing batteries and yanking the bottle on and off to refill. So we are using the regular swiffer and a spray bottle!
Homemade Swiffer Pads Version Two
I wanted to make more, but wasn’t thrilled with my “pleat” to make the washcloth fit the swiffer, so I folded and unfolded ‘til I came up with this way:
Spread out the washcloth and put the layers of towel in the middle. 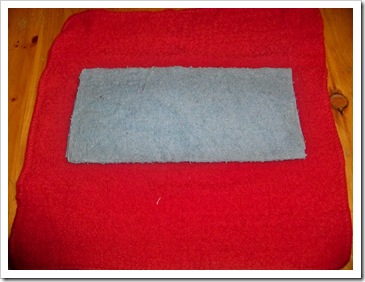 Fold one side in over the padding. 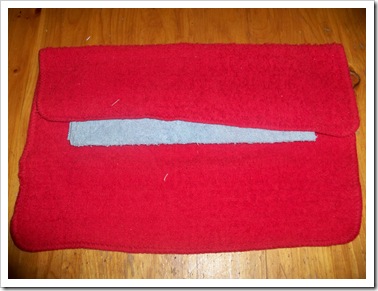 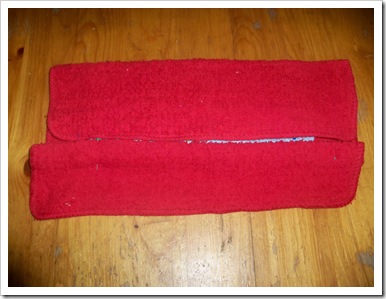 Do the same to the other side so that it looks like this: 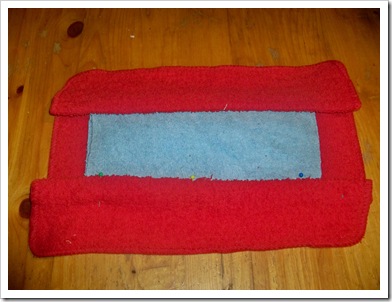 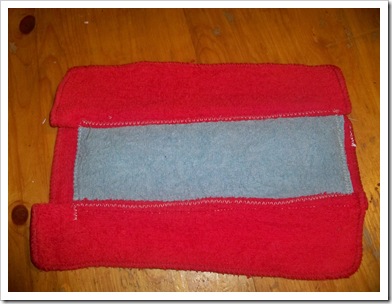 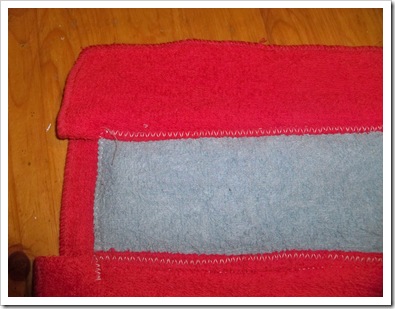 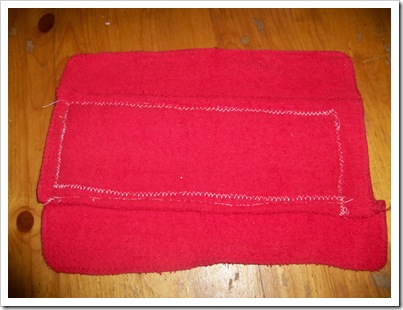 And attached to the swiffer….they fit just fine! 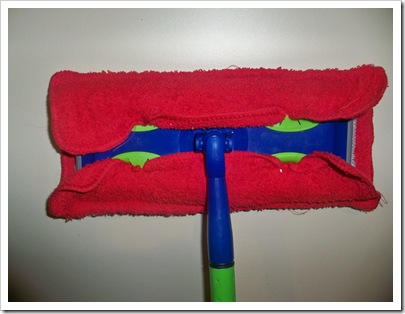 We have mopped with these and washed and dried them and they are holding up well! It makes catching those little spots easier because I know that I won’t be “wasting” a pad for a spill!
Happy mopping and I’m glad to be back in blogland!! :-)
I’ll be taking my swiffers to the parties in my sidebar, so come along with us there are some great parties over there!I’m also entering these in the Fabric and Sewing week at

Come and check out the great sewing projects!